"It kicks arse."
Nicholas James Mazonowicz
"Possibly his most Rilstonian book. I know many people who like Rilstone’s writing — they should buy it immediately. But I also know a few people who get angered by Rilstone’s writing, and they would probably find this *far* more angering than, say, his book on Doctor Who."
Andrew Hickey
"Boring."
Andrew's Mum. 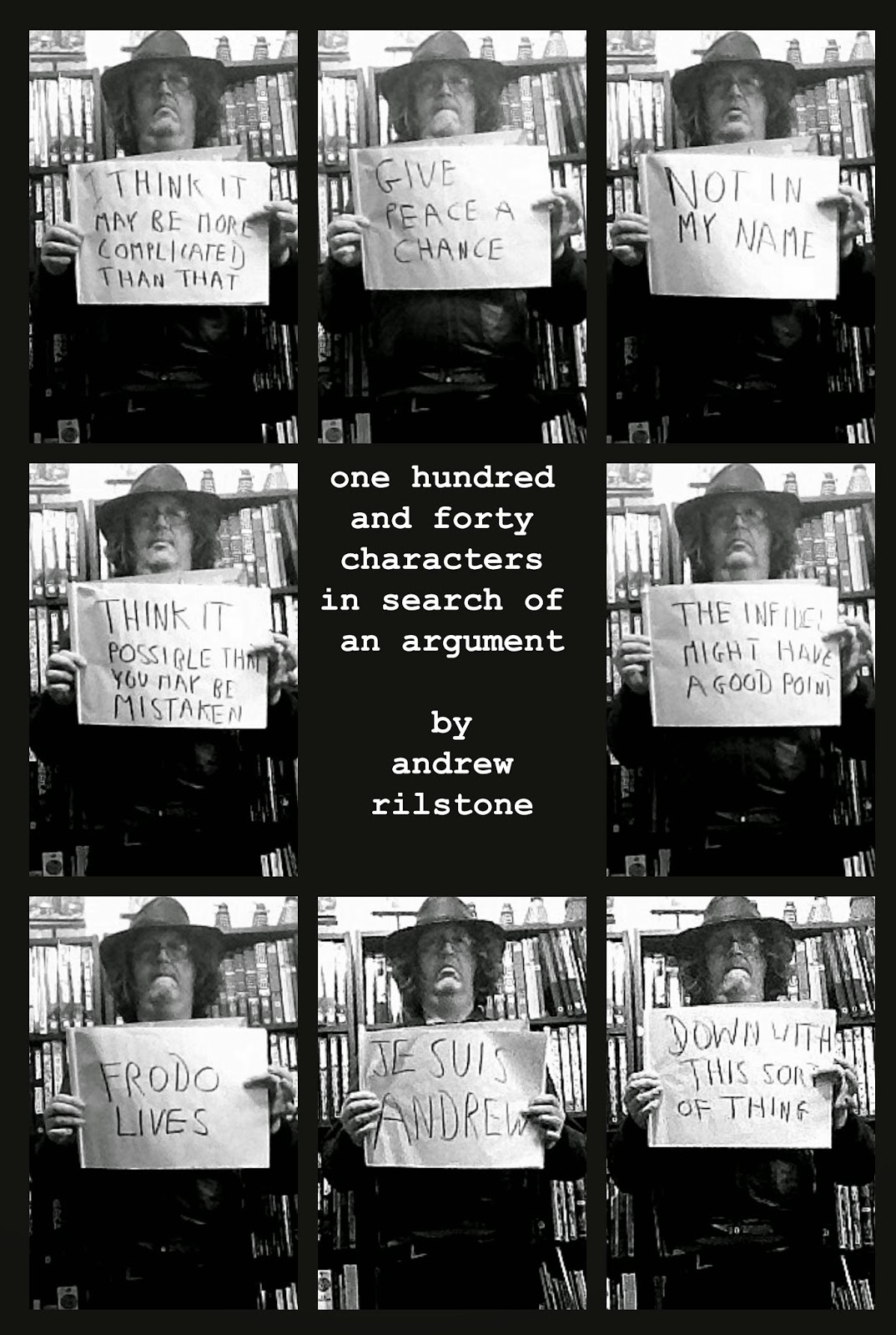 one hundred and forty characters in search of an argument
£5/$7.50 from Lulu.com


Signed and Numbered, With Unique Custom Book Plate Insulting the Deity of Your Choice


Andrew's first new book for over a year. Planned since 2014, recent events have given these essays an unlooked for topicality.
The Physical Impossibility of Debate in the Mind of Someone On Twitter


Keep Calm and Talk Bollocks
language, t-shirts, rape, the N-word
previously available as a subscriber-only PDF, now only available in this format
"Yo"
The madness of Tony Blair
previously published on this blog