In Superman #1 (as opposed to Action Comics #1) we are not told the name of Superman's parents, nor his birth name: he is sent from Krypton by "a scientist". 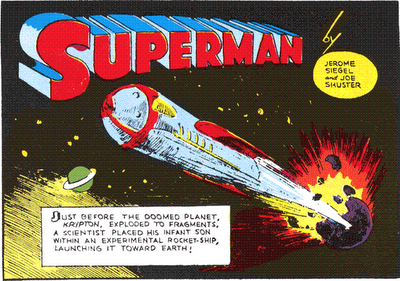 His adoptive father isn't named, but his adoptive mother is called, and I'm obviously not claiming that this has the slightest significance...

The Wisdom of Wislon said...

No wonder Superman was confused with himself as Clark :>)

Tj Unknown said...
This comment has been removed by a blog administrator.
Monday, 03 March, 2008