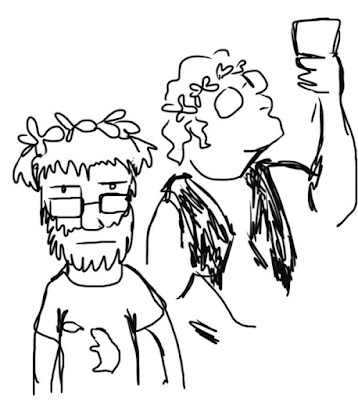 You write this stuff brilliantly, Andrew, and make me want to be there. Since I live in the Forest of Dean, Bristol is not so far away, and I might well make the effort next year.

On the other hand, I went to Oxonmoot last year mostly on the basis of your write-up of an earlier moot, and was terribly disappointed how little actual Tolkien was involved. I don't know whether I was seduced by your writing, or whether it's just gone downhill a lot since then.