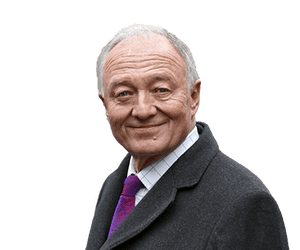 Our own beloved Ken Livingstone has been accused of a faux pas.

Apparently, he felt that a Labour MP accepting a donation from a hedge fun manager was “like Jimmy Savile funding a children's group”.

The press can be awfully innocent about this kind of thing. The Sun prints the words SEX and BOTTOMS in capital letters, as if they can hardly believe such things exist; anything stronger is blocked out with asterisks. It is okay to print photographs of ladies with no bra on page three of a family newspaper, but god forbid a child should see the word T*TS. They go pale and start to tremble, like your maiden aunt, if anyone uses the F-word. No news reporter has even heard it before.

The formulation like putting X in charge of a Y is so common that it barely reaches the dignity of being a cliche. Like putting Herod in charge of an orphanage barely counts as a simile: it's proverbial. As popular as a pork chop at a Passover; as useful as a one-legged man in an arse-kicking contest. You might have thought that Blackadder’s as cunning as a fox who had been awarded a degree in Cunning from the University of Cunning (or merely as cunning as a cunning thing) would have killed it off.

Jimmy Savile has a special and strange status which is probably not comprehensible to anyone outside of England or under the age of 45. He isn’t the only entertainer to have been retrospectively exposed as a sex offender; but I think most of our reaction to Rolf Harris’s conviction was “that’s really sad — he seemed so nice”. And Harris was famous for something: it is possible to think that he deserved his jail sentence and that Sun Arise is a terrific song. But so far as anyone can tell, Jimmy Savile never did anything apart from sit around being Jimmy Saville. He played records on the radio, but no-one tells us that he was a master of the craft (like Terry Wogan) or that he championed bands that no-one else cared about (like John Peel). He somehow just existed; being vaguely flamboyant; fronting shows he had nothing to do with; universally present.

I have said elsewhere that in the 1970s the BBC was a genre, almost a place, in a way that can hardly be understood today. More than one of us felt that Basil Brush must be a friend and neighbor of Tom Baker because their shows were on straight after each other. Savile wasn't the guy who fronts that make-a-wish show (“Dear Jimmy, Please could you fix it for me to play the drums with Gary Glitter”); he was more like that weird neighbor you keep bumping into. So the discovery that he was not merely a children’s entertainer who was also a child molester (though God knows that would have been bad enough) but a child molester who appears to have become a children’s entertainer in order to gain access to hundreds and possibly thousands of children genuinely feels like a bomb has gone off through our collective memories. You are thinking about that nice show where the young boy got to star in his own episode of Doctor Who, and then you remember whose show it was. There was that day when Boy George visited my school (true story) after some girls had written to complain that morning assembly was too boring. But who had they written to? Oh yes. Better stop telling that story.

The press love a villain. They compete with each other to see who can condemn the villain in the strongest terms: never mind “disgraced entertainer Jimmy Savile”, not even “evil Jimmy Savile” it needs to be “vile pervert Jimmy Savile”. But what they love even more is a stick to beat the BBC with. (The same journalists who shake when they hear the word “fuck” still regard the idea of showing pictures on the radio as a peculiar fad which will pass before the days of fleet street and hot metal come to an end; their masters hate anything state run because they can’t buy it.) Never mind that Savile was courted by Margaret Thatcher and Prince Charles; never mind that Norman Tebbit was one of the few people prepared to defend him when the child rape allegations came out; never mind that he was lauded by anti-sex campaigner Mary Whitehouse. He was a BBC man to the core, and therefore the BBC is infected by his evil.

(The BBC did, in fact, behave reprehensibly, failing to respond to complaints and allegations and evidence because Savile was high profile and rich and could afford the best lawyers in the land. But so did everybody else.)

But what has happened as a result of this is that Savile has been invested with a peculiar kind of anti-sanctity. There is a weird process by which a tiny minority of celebrities become untouchable. You aren’t allowed to say anything against Diana; you aren’t allowed to speak against dead soldiers or appear without a poppy between Halloween and New Years Eve. (When I say “you aren’t allowed to” I mean “if you do, the papers will attack you, not for what you said, but for daring to take the name of our beloved royal family or our brave servicemen in vain”. There's no actual law against it.)

Savile seems to have achieved a level of anti-sanctity in a way that hardly anyone else ever has. When the serial killer Myra Hindley died, she was cremated in private, her ashes scattered in secret and the hospital room she had died in was repainted. That kind of fear of contamination, which features in no actual religion, is the true faith of the Englishman and woman. Someone isn’t a criminal at one time of their lives and not at another; people who murder children without motivation aren’t mentally ill. They have a disease called evil which is communicable — through bed sheets; through white emulsion; through saying their name. Jimmy Savile is like a Weeping Angel; his evil somehow transmissible through his image. We’re allowed to see bad 1970s pop music shows, but his face has to be pixellated, like when someone takes their clothes off on Big Brother and the viewers would be struck blind if they saw a willy. The tabloids got cross because they found there was still an interview with him on a no-longer updated BBC website.

In real life, most of us don’t think that way. Most of us think of the Queen as a somewhat anachronistic feature of the British constitution that we are nevertheless vaguely affectionate towards; that fuck is quite useful as an exclamation mark but shouldn’t be used as a comma; and that Jimmy Savile was a nasty sex criminal who they should have caught earlier. There are other nasty sex criminals; it’s a truism that most kids who are abused are abused by members of their own family. I shall forebear from telling the P.E teacher story again.

It would have been better if Ken Livingstone had said like putting Herod in charge of a children’s home rather than like putting Savile in charge of a children's charity. It would have been better if he'd thought it through a bit and realized that, er, one of the nasty things about Savile was that he actually did support children's charities. Quite likely the tabloids were simply looking for someone from The Left at whom to direct mock outrage but Ken should have thought it through and not offered them an open goal.

But ultimately, he has misused a holy name. The drawing of a line of sanctity around something is never good; it always prevents thinking. The question to ask about a sex offender is how he got that way, how he got away with it for so long, what we should do if this situation arose again, and whether bleating about "elf and safety” necessarily helps. The anti-sanctification of this figure means he is merely a symbol of evil in general and the evil of public service broadcasting in particular.

And it neatly distracts us all from Ken’s point. What is a Labour MP doing taking money from a hedge fun?

Isn’t that like the Resistance being financed by Kylo Renn?

Anyway. That was the essay. Can anyone think of any other profane figures of proverbial evil that Ken should avoid make glib remarks about?

* Ken Livingstone is a politician, former Mayor of London, and sometime Labour MP. In the 1980s, Mrs Thatcher abolished the Greater London Council specifically in order to stop him being leader of it. The press called him “Red Ken” because he held extreme views such as children should be taught about homosexuality in school sex ed lessons and Sinn Fien would have to be brought into the mainstream political process. If not for his policy of cheap travel on the London Tube, putting 1 Dalling Road and Denmark Street within easy reach of suburban schoolboys, it is most unlikely that I would have become a Dungeons & Dragons player or a comic book collector.

Just give me your fucking money.

"But so far as anyone can tell, Jimmy Savile never did anything apart from sit around being Jimmy Saville."

In 'Last Night A DJ Saved My Life, Bill Brewster and Frank Broughton they claim Jimmy Saville invented the whole business of a live DJ. (As in someone who plays records in a room, and you pay to come and listen and dance.) Not sure what they'll do about that bit if the book's reissued!

"Ken should have thought it through and not offered them an open goal."

You really should have posted this a couple of months ago, Andrew!