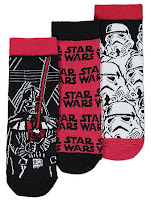 The controversy over The Last Jedi has become so incendiary that one hesitates to rejoin the fray. I thought I was going to be one of a small minority of purists who wasn’t happy with the film. In fact my review turns out to have been one of the moderate ones.

The debate has reached Colstonian levels of absurdity. If I continue to not like the Last Jedi very much, I am aligning myself with dangerous nutters who think that the very existence of Daisy Ridley is part of a Cultural Marxist plot to emasculate young men. But if I decide I quite liked it after all I am taking the side of people who think that Star Wars fans are contemptible and that any film which irritates them is a good film.

I think that the film is far smarter and far more interesting than I initially gave it credit for. 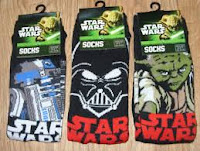 Star Wars is all about landscape and scenery and imagery; about kids with binoculars looking at binary sunsets and small moons turning out not to be. The Last Jedi is full of genuinely beautiful moments. Luke Skywalker and Kylo Renn facing each other, samurai style, from opposite ends of the letter box screen. Holdo crashing the Rebel capital ship into the Imperial dreadnought. The whacky beauty of Luke's Craggy Island retreat.

The whole thing — I don’t know how better to phrase this — is shaped like a space opera: the clash of mighty dreadnoughts forming a background against which knights battle with laser swords; soldiers mutiny against their leaders and traitors face execution. I adore the way that Finn's big confrontation with Captain Phasma takes place on a ship which has already been wrecked and is going to break up at any moment.  Phasma has no particular importance to the plot, but she looks utterly fabulous. The scene put me in mind of Captain Victory and the Hunger Dogs. Star Wars was always more Kirbyesque than we cared to admit.

Star Wars is a movie serial and fairy tale and a Wagnerian saga, but the and biggest yellowest letters are the ones which tell us that it is about a series of WARS fought out among the STARS. The Last Jedi follows Rogue One in actually feeling like a war movie. We’ve always had Mon Mothas and General Dodonnas telling the galactic Few what target to aim at; but never before has the Rebellion felt so much like a military operation. Never before has so much of the plot taken place on board a Rebel command ship.

And yet, I was disappointed. Why? 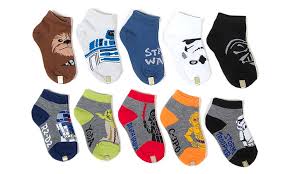 If you are not very careful “that was not at all what I expected” can turn into “that was bad”. I honestly can’t remember whether my first (and therefore truest) reaction to the Empire Strikes Back was that the surprise ending was gobsmackingly cool or that it was a bit of a cheat because it totally changed everything about Star Wars.

This is a big problem with blockbuster culture. You live for three years on speculation and hints and leaks about what is going to be in a movie, and then spend two hours thinking “oh…so that rumor was true and that rumor was false and why wasn’t that bit in the trailer?” rather than actually watching the film. I can very clearly remember my first (and therefore truest) reaction to Rogue One. It was “How the hell did they keep that ending a secret?” We can only experience a film once we have already seen it. Where that leaves the question of spoilers I really couldn't say.

So my first (and truest) reaction to the Last Jedi was disappointment. "After 30 years, is this really all the Luke Skywalker we are going to get?" One of the lovely things about the Force Awakens was that we got a big, meaty chunk of Harrison Ford playing at being Han Solo before his Proper Major Plot Arc started to kick in. I suppose I wanted to see Luke Skywalker the swashbuckling hero swing across one last chasm or fly one last X-Wing down one last trench. Or at least walk into a bar and chop a walrus man's arm off. He may be getting too old for that kind of thing, but he’s not as old as all that. Canon says he was 19 in Star Wars so he is barely 50 in Last Jedi. Star Wars never did handle time very consistently.

That would have pleased me, pleased the crowds, pleased the fans. It is doubtless to Rian Johnson’s credit that this isn't where he went.

Back in '77 we expected to get a Star War every couple of years. We assumed we’d eventually get to Star Wars Part XVII in which Very Old Jedi Knight Luke Skywalker rattles around the galaxy in a rickety old starship, dispensing fortune cookie wisdom to the new generation of hot young turks and probably cutting down a few Bad Jedi along the way. By '83, we were imagining a film about the early days of the New Republic in which Luke sets up a new Jedi Academy while Mr and Mrs Solo play politics in the reconstituted Senate. 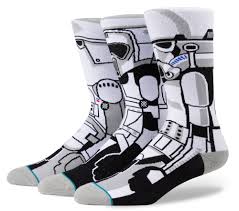 And, from a certain point of view, this is exactly what does happen. All the obligatory plot developments have, in fact, developed. Han and Leia did marry and have a son. Luke did set up Jedi Camp for younglings. But Mr Johnson and Mr Abrams have correctly spotted that people living happily ever after is not what Episode VIII of a space opera saga should be about. (What were you going to call it? Star Peace?) The various comic books and novels told us that our heroes hardly had time to do the washing up after the Ewok party before, whoosh, they were off on another adventure. The new movies tell us that their happy ending lasted for a quarter of a century. But we don't rejoin the action until everything has gone horribly wrong. The story resumes in the immediate aftermath of the apparent triumph of evil; when the surviving Jedi are all hiding out in swamps and in deserts and on islands and some people are holding out for a new hope.

Exactly where we came in during Episode IV.

I expected Old Luke to be kind of a strange old hermit; or maybe even a wise Councillor to Leia or Mon Motha. (Obi Wan always seemed more Merlin than Lancelot.) Maybe he could have been one of those old alien duffers who sit in the Jedi Temple being serene and insufferable. But in retrospect, he was always going to become Yoda; hiding away on an uninhabited planet, cooking soup, milking cows, refusing to train obviously talented students who come looking for him, not taking the film quite seriously. It's easy to forget how comedic Yoda was when he first appeared. That was everyone's second reaction as the lights came up at the end of Empire Strikes Back. “Alec Guiness’s mentor was a muppet? Are you kidding me?” Luke’s rejection of Rey’s precious lightsaber is an important plot-point. Luke chucking the thing over his shoulder as if it was a piece of junk is not a misstep (as I first thought) but a perfectly judged piece of characterization. It’s just the kind of thing which Yoda would have done. 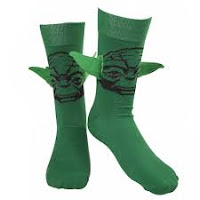 From the fannish point of view, it seems a great shame to have put Mark Hamill and Carrie Fisher into the same studio and only given them 30 seconds of screen time together. And we all wanted Luke and Artoo to take one last trip in an X-Wing, or at least on the Millennium Falcon, with Threepio making annoying comments in the background. But that would have just been a tribute act: getting the band back together to sing all the old hits. That kind of thing never works. And anyway, it would have gone against the whole idea of the saga. Heroes get old. They pass the torch, or at any rate the lightsaber, to the younger ones. Po and Beebee fly the X-Wings nowadays. Luke is a supporting character in their movie, just as Alec Guinness was a supporting character in his. That is the way of things. The way of the Force. That was the life lesson that Joseph Campbell thought that the Journey of the Hero taught us. Life is a journey; everyone has a character; one man in his time plays many parts. (And women too, but not so much.) You've had your go at the Reckless Young Hero template. Now it's time to have a go at the Mysterious Old Mentor.

The few seconds which Luke spends with each of Leia and Chewie and the two robots will prove more memorable than any anticipated reunion scene could have done. The wink at Threepio is just perfect.

But still. Doesn't this failed Luke, this defeated Luke, this Luke who came to Ach-To in order to die, undermine the ending of the Return of the Jedi -- and therefore of the original Star Wars saga.

Yes. Yes, it does. Of course it does.

Return of the Jedi ended with a resounding full-stop. Granted, some people looked at the fireworks and listened to the gub-gub song and said “Well, okay, they’ve destroyed a really, really big battle station…but is that really the end of the Empire?” But the prequels answered that question. The Empire turned out to be the final gambit in a centuries long struggle between the Jedi (hooray!) and the Sith (boo!) George Lucas had originally conceived Star Wars as a multi-generational saga about the Skywalker clan, but the death of the Emperor and the redemption of Vader had such finality that for years he said that there couldn’t be any more episodes. I agreed with him:

The cycle, which has been more like a spiral, is completed. Lucas is absolutely correct to rule out making Episodes VII, VIII and IX: there is absolutely nowhere left for the sequels to go. Hochsten Heiles Wunder! Erlosung dem Erloser!

(That's your actual Wagner, that is.) So where does that leave the Last Jedi? Is it a story set after the end of the story; a new cycle which begins after the final notes of Gotterdamerung have faded away? Or is it merely a new chapter in which it turns out that the story wasn’t quite so over as we thought it was?

Perhaps Star Wars is like Lenseman where behind each ultimate evil there lurks an evil even more ultimate? Or is it more like Middle-earth, where each iteration of evil becomes pettier but more insidious?

It is quite late in the day to start complaining about spoiling happy endings. Star Wars -- Star Wars Episode IV A New Hope -- is a perfectly framed fairy tale, with a satisfying happy ending. It has always seemed rather vulgar to imagine more adventures after the medal ceremony. Luke is a Jedi the moment he switches off his targeting computer: it is almost sacrilege to think that he has to go to a swamp and take extra P.E lessons from a frog.

But it makes no sense to be a Star Wars fan and wish that there were no Star Wars movies.

If you are reading this, you ought to be supporting my Patreon. No pressure.