Not As Good As It Used To Be 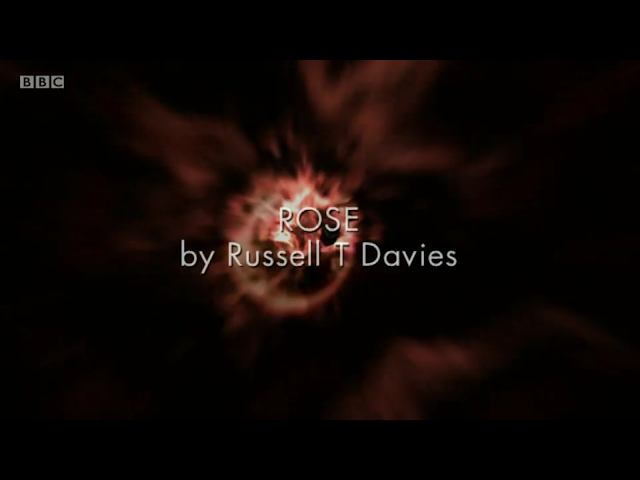 I would suggest that there are perhaps two blends of 'Who': the outward-facing version which appeals to casual viewers,and the inward-facing version which appeals to fans. Younger or foreign viewers could watch 'Rose' without knowing about floppy scarves. I am not sure anyone could watch 'The Pandorican Opens' and 'The Big Bang', or 'A good man goes to war' without a lot of back-story, and perhaps a diagram. However, 'Rose' did not have to bench-mark against a dozen years of later episodes: it was as new and fresh-smelling as a ...garden flower? Later episodes (for your purposes, probably anything with Clara Oswald) did have to benchmark against 'Rose', and began to look tired and formulaic. 'School Reunion' raised a challenging issue of how loyal the Doctor is to each of his companions: a few years later his loyalty becomes a given. The Cybermen of 'The Age of Steel' were menacing, the Cybermen of 'The Timeless Child' were a re-hash like 'Dracula meets Frankenstein's Werewolf'. I would suggest that the seam of genuinely new 'New Who' is mined out, and it is time to prospect elsewhere.

"I don't say that the UK was less racist in 2005 than it is in 2021; but I do say that racists had not yet infiltrated Doctor Who fandom."

(With apologies if I'm missing a joke) I actually found that line quite startling, so much does it differ from my pre-2005 experience. Dr Who fandom as I've experienced it from the early '90s onwards has always felt roughly split down the middle between those whom the appeal was (excuse slightly reductive descriptions) progressive/liberal escapism and those for whom the appeal was nostalgic/conservative escapism. With a solid chunk of the latter group being extremely openly racist, sexist and homophobic.

I'd have actually considered that 'two parallel fandoms' nature of it one of the defining characteristics of Who fandom. Much like Folk music and, nowadays, Warhammer.

My interaction with fandom was primarily reading DWAS fanzines (in the 70s) and rec.arts.doctor.who (in the 90s). I recognise the split between "liberal escapism" and "nostalgic escapism" very much. Whether it was declaring Doctor Who dead because Deadly Assassin contradicted established canon; or feeling that the more experimental New Adventures were not really Doctor Who at all. And definitely, there is a thin line between saying "If it doesn't have Jon Pertwee in it, then I don't want to know" and saying "Things, in general, were better in 1972 before the invention of feminism and homosexuals". I'm not personally remembering any openly racist or homophobic stuff, but that doesn't mean it wasn't there. (Some of the language used about John Nathan-Turner wasn't very nice.)

I guess what I'm noticing is the weaponization of fan nostalgia by the alt-right post-Gamergate. I don't think the language which said "A formerly male character is being played by a female; this is obviously part of a conspiracy to wipe out men" existed in 2005. Possibly the overt racists hang out on overtly racist forums where we could ignore them; but now they feel empowered to say "I am not a racist, but the real racism is the shadowy forces who have compelled to the BBC to cast Tosin Cole as Ryan simply on the basis of the colour of his skin..."

Or maybe the Twitter is just like C.S Lewis's third class railway carriages. ("What with there being a war on, the kinds of people who write for newspapers are taking the train more often, and overhearing what ordinary people say about the news. But this is exactly what ordinary people have always said about the news: it's just that the opinion-formers haven't heard it before." I paraphrase.)

I was just reading something about Organic Fascism and the tendency for modern-day back-to-the-land hippies to morph into right-wing preppers, and I'm wondering, maybe it's not the stuff-of-interest that's at fault but something more fundamental, like the means of talking about the stuff? [ponder face...]

I would say there is a distinction between the conservative fans and the alt.right, even if it gets blurry round the edges.

The classic example being of course ‘Talons of Weng Chiang’, so let's go straight there. Conservative fans are hostile to the notion it might contain unconsidered racist assumptions. To the degree they must surely realise at some level they have their own unconsidered racist assumptions, and if they start to consider them in their favourite show they’d have to start considering them in themselves. Their mantra is “why do you have to go looking into things? Why can’t you leave them as they are?”

With the alt.right, I am scarcely the first to say that you always know what they’re up to, because it’s what they’re accusing you of being up to. When they accuse us of having a “woke agenda’, what they really want to colonise culture with their agenda. They wouldn’t be content if people just stopped criticising ‘Talons’. They’d want every Who story to have a racist agenda, and a consciously promulgated one. Rather than leave things as they are, they see the show as a piece of territory they want to take over, and plant their flag.

On the other hand, I was always more involved with comics than with ‘Who’ fandom. So I can’t overlook the possibility I simply escaped the most toxic stuff. And there’s always the friendship bias. The folk scene, for example, I would say is very, very white but also quite anti-racist. Even if that anti-racism is often at quite a naive level.

Pete, is your point the internet itself incubated the alt.right?

"Oh, go back and watch Rose again" they said "I am sure that all the things you so dislike about Chris Chibnall were just as much problems in the Russell T. Davies era."

A while ago, I found myself wondering whether exactly this was true of myself, and if I was remembering the Eccleston/Tennant/Smith eras through rose-coloured neurons. So I watched a much of series-one episodes an the answer was a very solid no: measured against current Doctor Who, the 2005 version really was a much, much better show. Do click though and read my thoughts if interested, but to summarise: 2005 version surpassed the present incarnation in its Doctor, in its Companion, in pacing, and most of all in integrity.

I think that alt-right are consciously engaged in performance art. They honestly believe in the SJWs and the Woke Mob and the Political Correctness Brigade, and believe that they can disarm them by acting out a parody. They are an extreme inversion of a bogey person they have largely made up in their own heads. They truly believe that there is a plot to ban white people from television, so they pretend that they want to ban black people from television. They truly believe that if a statue is taken down it mean that a "woke mob" is trying to "destroy society"; so they form a literal mob and try to literally destroy the center of their government. You see it in a smaller way all the time "Well, maybe I am offended because Private Eye DOESN'T print cartoons of the prophet Mohammed"; "Having mostly black singers competing in a gospel music competition proves that the BBC institutionally hates white people: "If you are allowed to call me a 'Star Trek Fan' then I must logically be allowed to call you a n.....r". Etc. Etc. Etc.

Watching End of the World (which is less objectively good than Rose) I am very struck by how Billie Piper is in a different league from everyone who has come after her. Not only is Rose a much stronger and more interesting character; but Piper is treating it as an acting role, not a Doctor Who role: she remains a twenty something shop worker who for some reason has been transported to an alien space ship even when the script isn't talking about that aspect of her character. (Eccleston is very good as well: but it is Piper's show.)

Well, I can't quite accept "Billie Piper is in a different league from everyone who has come after her" — I am thinking here of Amy and Rory — but otherwise I agree entirely. It's as though the sixteen-year hiatus allowed time for "Doctor Who Companion" concept to dissolve, so that the Piper was able to create something new, whereas as most subsequent companions seem to be consciously fulfilling a Doctor Who Companion archetype.