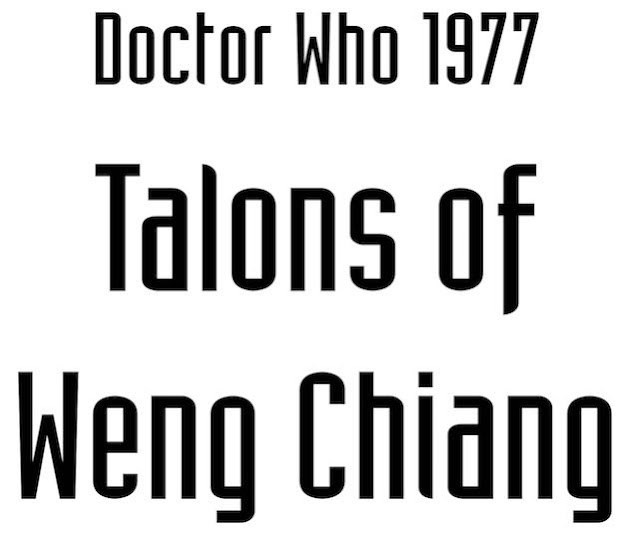 My own feeling on this one is that because it depends upon tropes, it also dies by those same tropes. But it's also instructive to note how infrequently this happened overall in Who, which says a lot about this particular story - and about Who in general.

1945 'Dead of Night': the one with the ventriloquist's dummy which has a life of it's own

BTW., I'm glad you've discovered Anthony John Clark. One of my favourite recentish discoveries, being a songwriter who is both accessible and profound. I've seen him a couple of times at the Forest Folk Club, and I'd go ahead in a heartbeat given the chance.

Mike: If you remember you first recommended him to me when he was playing in a club in Bristol...

A great review. I am watching all of Doctor Who with my eleven year old daughter from the beginning to the end and we are currently nearing the end of Season 15. I plan to go all the way through whatever Jodie Whittaker season has been made by the time we reach it. (Though currently I haven't even seen the final Peter Capaldi season though I own them all on Blu Ray.)

I think of Seasons 1-14 as the Golden Age of Doctor Who. Not that there aren't great stories made for the show after that (there are, including my favorite of all time, a story with a "plot" very similar to Talons and written by the same man) and not that there aren't embarrassing stories within the first 14 seasons (boy, are there), but Talons of Weng-Chiang closes the Golden Age and you probably hit the nail on the head as to why I think that.