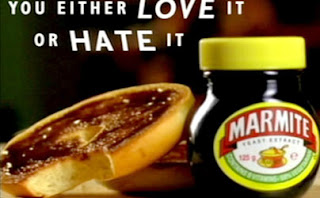 [*]Julia Cameron, an intolerable hippy who writes poems where "Avalon" rhymes with "travel on" gives some excellent advise: you can't necessarily fulfil all your dreams, but you can always take one small step in the right direction. If you wish you could be / had been a cowboy, then there's nothing to stop you picking up the phone right this minute and booking some horse riding lessons.

If you have enjoyed this essay, please consider buying a copy of The Viewers Tale or Fish Custard which collects all my writings about Doctor Who to date.

Alternatively, please consider making a donation of £1 for each essay you have enjoyed.

Email ThisBlogThis!Share to TwitterShare to FacebookShare to Pinterest
Labels: Doctor Who, DOCTOR WHO., Season 5

I'm not sure I liked it more than The Empty Child or Human Nature, but otherwise I am pretty much in agreement. Thanks for so perfectly nailing all the things I loved about it.

I agree with all the substantive points made in this review although I don't agree with the conclusion. I don't think it was that good, but then I'm not English and perhaps you have to be to appreciate it properly. Even to an Anglophile like myself who grew up on PBS, the Doctor in that setting is still in a foreign setting, rather than a normal one. The Britain of classic Who was that of a series trying to be relatable around the globe - change the accents and the Brigadier and UNIT could just as well be in the U.S. or Australia or New Zealand; the Britain of new Who is self-consciously British.

By the by, Peter Davison surprised us once, in The Caves of Androzani. It would probably have just been a standard Doctor Who run-around with Jon Pertwee playing the Doctor, but having watched Peter Davison be a limp dishrag for three years, we didn't expect any heroism from him. So the heroics of Caves were actually much more heroic than any of the many, many times when the Doctor has objectively been more heroic with other actors in the role. Every time I watch it, for 100 minutes, Peter Davison becomes my favorite Doctor. Otherwise, Peter Davison was just an experiment (Q: "What would happen if the Doctor regenerated into just some guy?" A: "Nothing very interesting."), though not one that we should ever wish to repeat. This is distinct from the experiment of Colin Baker ("What if the Doctor regenerated into an anti-hero?"), which was an interesting experiment gone horribly wrong and which may be worth trying again.

(I have nothing to add right now, but I forgot to check the "Email follow-up comments to" box when I commented previously, and the dumb Blogger software will only let me do that now by posting another comment.)

Interesting. I wouldn't go so far as to say that "The Lodger" is the best episode of Who ever, but it is certainly the best episode of the season - which, to be fair, is not particularly high praise coming from me - and a good episode in general. The reason I like it, though, is that it seems to me to do things that the Davies seasons did all the time and that the Moffat episodes had all but abandoned. Of course Davies's Doctor interacted with regular people. That was practically his thing. Or, more precisely, his thing was that he saw regular people as remarkable and worthy of his time and attention. Rose, Martha, and Donna were entirely ordinary when he met them. They're made extraordinary through their contact with the Doctor (it is in fact the central point of the fourth season premiere that, following her experiences in "The Runaway Bride," Donna tried to become extraordinary on her own and couldn't manage it). Smith's Doctor, meanwhile, is too busy dealing with his own, thousand-word-a-minute, constantly-churning, surprising-even-himself personality to notice other people for very long, which is why "The Lodger" was so refreshing - because he does actually notice Craig (though note that it takes Amy's near-total absence to free up enough space for him to do this).

The viewer who is complicit in the Doctor's strange behaviour – we know he does strange things, he's the Doctor – is asked to look at his strangeness through Craig's eyes. This de-familiarizes the Doctor, makes us less complacent about him.

This strikes me as entirely wrongheaded. The Doctor has been strange and unfamiliar for an entire season. The most noticeable difference between Smith and Ecclesone/Tennant is how much distance the season has imposed between us and him, the fact that we've been forced to view him from the outside, that unless they're anthropomorphized by a bit of technobabble, his internal thoughts and motivations are entirely opaque. The comedy of the episode derives, as you go on to say, not from seeing the Doctor through Craig's eyes - which is exactly how we've been seeing him since "The Eleventh Hour" - but from his uncomprehending efforts to behave like a normal person. Besides the fact that it actually makes Craig a person rather than a plot point, "The Lodger" works because for the first and only time in the season the Doctor's strangeness is used not as a buffer between the viewers and his personhood, but as a way of illuminating it.

I agree -- it's a fabulous episode. By this point in the series, we love Matt Smith's doctor so much that we really want to spend some time with him, and then he turns up at our house. Or at James Corden's house, which is the next best thing.