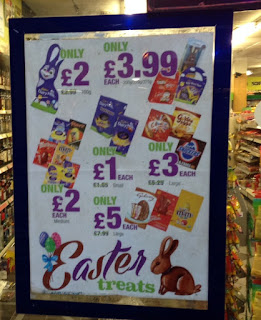 We are all familiar with the War on Christmas, when (according to an ancient tradition going back to pagan times) a journalist stands in front of a Christmas tree next to a man dressed as Father Christmas in a Christmas market and says “Christmas has been banned again.”


This year, we have an excellent War on Easter as well.

It takes two forms. The first, and more benign, goes something like this:

My kids have just asked me why the word Easter no longer appears on Cadburys Easter Egg boxes. What should I tell them, please?


I'm not saying a Cadbury Easter Egg has much to do with Easter or Jesus but have they really banned the word Easter to avoid offendin people? 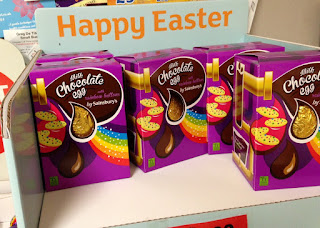 Just seen a pic of a halal certificate being proudly held aloft by Cadbury. You don't seem to realise this is offensive to many.

Muslim Easter Eggs with the word "Easter" taken off!  Almost as good as the terribly funny "Kosher Mince Pies" which comes up every year. Because everyone knows that only observant Christians eat chocolate in the spring time and little fruit pies in the winter and that fine old hymn Easter Bonnet was definitely not composed by a religious Jew. 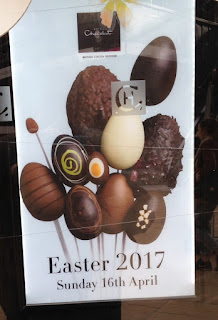 1: Up to now, all Cadburys chocolate eggs have had the word “Easter” printed on them.

2:This year, no Cadburys chocolate egg has the word "Easter" printed on it.

3:The word Easter is offensive to Muslims.

4: Someone — Muslims, government censors, "the PC brigade", Big Brother — has the power to make companies change the design of products which offend people.

5: Changing something because it offends people is a wrong and crazy to thing to do.

I don't think that you can pass on the "Cadburys no longer labels its chocolate eggs as Easter eggs" message without passing on the other 5 claims with it. That is why this sort of thing is so pernicious. 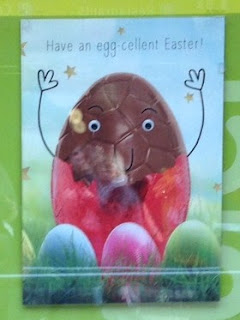 1: By no means all chocolate eggs have ever had the word “Easter” printed on them. Cadburys Creme Eggs were always Cadburys Creme Eggs, and branded eggs seem always to have taken the name of their brand — Maltesers Eggs or Smarties Eggs or Quality Street Eggs.

2: Many chocolate eggs still have the word Easter prominently displayed on the packaging. My impression is that very elaborate, decorated products are likely to be called “Easter Eggs” but cheap branded ones are likely not to be. If fewer eggs have the Easter branding than was the case 50 years ago, that would be an interesting (and not particularly surprising) piece of information.

It is certainly the case that Creme Eggs used to be sold only at Easter, but are now available all year round, because people are prepared to buy them all year round. It might be that Cadburys want to encourage the idea that a 99p “Cadburys Flake Egg” is an acceptable treat at any time between January and May, while you would probably only buy the £10 Easter Egg with elaborate ribbons and flowers as a gift for Easter itself. I used to quite like it when you could literally only get Hot Cross Buns on Good Friday (and the baker shop opened specially to sell them, and wasn’t allowed to sell anything else). But companies want to sell as many of their products as they possibly can. 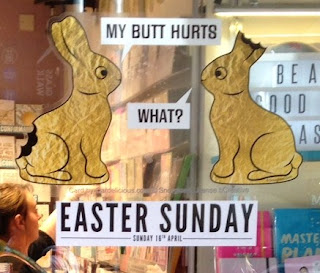 The supernatural leporine being who delivers the eggs is universally referred to as the Easter Bunny (and hidden features in computer games are always called Easter eggs). 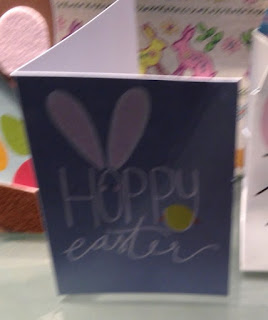 I swear to Buddha that there is a travel agent in Bristol offering package trips to Mecca as part of an Easter special. Because "Easter" is a time of year as well as a religious festival.

4: So, obviously, there is no reason to think that Cadburys have taken the word Easter off their chocolate, which they haven’t, because it offends Muslim, because it doesn’t.

5: If Cadburys had in fact made Easter Eggs without the word Easter on them available so that people who don't like the word Easter could still enjoy overpriced chocolate wrapped in foil during the spring equinox, this would not actually be a wrong or crazy thing to do. It would be both kind and good business sense. If there were people with a deep religious conviction that they were only allowed to eat chocolate in the springtime if the word "Easter" appeared somewhere on the packaging, and if that Christian-friendly chocolate had somehow ceased to be available, then Christians might have the right to feel aggrieved. But there aren't and it hasn't and they don't. 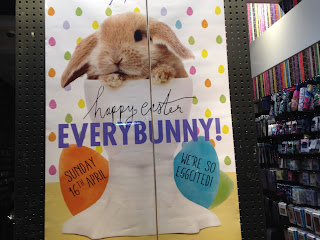 It's like our old friend who still moans about the BBC cancelling the Black and White Minstrel show "because it wasn't PC". It's true that the BBC used to show blackface minstrel shows, and it's true that they don't any more. But the "PC" part smuggles in the idea that no-one sensible could possibly object to blackface entertainments, and that some mysterious but unidentified force (usually known simply as "they") forced the BBC to stop showing them, in the teeth of Common Sense and the Will of the People. Which is why no fair-minded person should ever use the term "PC" in any context: there is always a less evil way of expressing the same thought. ("The text of some of Enid Blyton's stories have been slightly changed to make them more inclusive" or "Some old comic books contain words that nice people wouldn't use any more" or "This comedian tells racist jokes".)

The halal thing, is even more tricksy. When someone starts telling you that Cadburys Creme Eggs are halal they are conflating:

1:Halal = permissible for an observant Muslim to eat
2: Halal certified = Some expert in the Muslim law has issued a certificate saying that it is permissible for an observant Muslim to eat them
3: Halal slaughter = a method of killing animals which some people consider to be cruel
The trick is that you can assert, truly, that Cadburys Creme eggs are halal (Muslims are allowed to eat them); while smuggling in the idea that Cadburys are being nice to brown-skinned people (by making chocolate that they are allowed to eat) and even that a civilised person wouldn’t eat one of these heathen eggs which you have to torture a poor moo-cow to make (even though they don't contain any meat products). As Cadburys indefatigable social media team have been saying all week: all their chocolate is halal, because all chocolate is halal, in the same way that all water is halal and all bread is halal; but none of their products is halal certified; they haven't changed the recipe in order to make it halal; and certainly no ritual slaughter is involved in the manufacture of chocolate.

But again, the trick works: the idea is smuggled in that some kinds of chocolate have been Muslimified, and the racist right starts to assert that if you buy Cadburys products you are obviously no Christian; extremely unpleasant tweets start to circulate asking shopkeepers to please stack their Creme Eggs near their Pork Scratchings so that Muslims won't be able to eat them.

I wonder how many of the people passing on these messages will be taking Holy Communion on Easter Sunday? Come to that, what are they doing eating Creme Eggs in Lent in the first place?

(*) Factoid — Widely believed lie; a thing which everyone thinks is true but ain't. NOT "a trivial fact".

First point: May divine peace attend your slumbers for using and providing the correct definition of "factoid".

Second point: Here in the increasingly strange USA (where the Jewish son-in-law of the German/Scottish President promotes policies favored by white nationalists), labeling something "kosher" is an entirely good thing and even used in quite clever advertising. (See Hebrew National's "We have to answer to a Higher Authority" campaign.) Perhaps Cadbury's could assert something similar?

I think the very first question to ask about all this is whether the "My kids have just asked me why the word Easter no longer appears on Cadburys Easter Egg boxes" letter is real. It sounds to me like the kind of thing someone would make up. Does anyone have a source for it, beyond "I heard that someone wrote ..."?

Ah, here is it: the story originated with a "Christian" easter-egg manufacturer looking for publicity for their product.

There are definitely lots and lots of people complaining about Muslim Easter Eggs on Social Meejah, which is where the "my kids have just asked me" comes from. Interesting that the Daily Telegraph version is directed at Nestle rather than Cadbury...

At least Easter is a slightly more relevant holy day to bring up in this context, considering Moslems do not deny the virgin birth, but do deny that Isa ibn Maryam Himself died on the cross. Still hatemongering, though, feeding on ignorance.

Surely if anyone is trying to 'ban' Easter, and anything else with overtones of Christianity, it's not Muslims, it's secularist organisations like the British Humanist Association — you know, the ones which have as their stated aim to reduce the rôle religion plays in public life, both practically and in terms of symbolism?

"If it had been banned, which it hasn't, it would have been the humanists, not the Islams."

Very nice essay, up until now, at least: Rand does a lot of prevaricating with her terminology in "The Virtue of Selfishness", parallel to the practice of actual trained philosophers.

SK: In these peoples colourful little world, there is a secret EU conspiracy to destroy European culture, in which Moslems are mere tools towards an end.
http://rationalwiki.org/wiki/Eurabia
Rather similar to how ZOG
http://rationalwiki.org/wiki/Zionist_Occupation_Government
supposedly, uses African - Americans. In both cases, this is the result of the main group resented being a marginalized minority with very few members in positions of power ( in the US & EU, that is ), & thus hardly make for being convincing Secret Masters.

If you should care to peruse such unpleasantness,you will find that EU Eurabiates tend to ignore Atheist activists, especially as quite a few ARE Atheist activists: common for that ilk is the occasional incidental remark that Christianity, OF COURSE, is equally malevolent - they just, queerly enough, use far less effort in criticising the largest & most institutionalised theist faith in the EU. Nothing to do with them avoiding undue conflict with their Christian Eurabiate brethren, goes without saying. &, of course, one gets more of a reaction out of provoking Moslems.

John Smith said...
This comment has been removed by a blog administrator.
Monday, 10 April, 2017

Historically, whenever Christian festivals have been banned in Northern Europe, wasn't it always a Christian faction to blame?

Yolandawakers said...
This comment has been removed by a blog administrator.
Tuesday, 09 May, 2017