A Word From Our Sponsor

I am likely to remain furloughed for at least another month and while there are an awful lot of superhero films on Netfux and an awful lot of Shakespeare plays on YouTube that still gives me quite a lot of time to write. I haz a lovely big new shiny computer and everything. 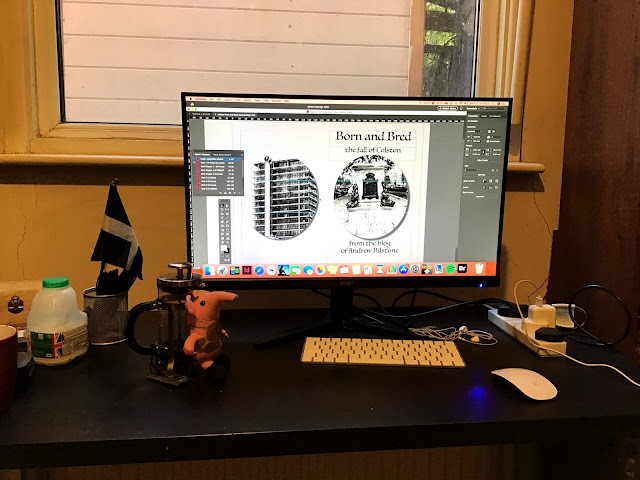 Starting this week, there are going to be three different streams of Rilstonian Material for you to enjoy; and (you knew we were coming to this) new ways of supporting them.

THIS BLOG
I am going to start releasing the final sections of my ridiculously long and frankly rather hubristic walk-through the Gospel According to Saint Mark. We left Jesus shortly after Palm Sunday, so we’re coming to the hardest and most famous section of the story. The End Times. Judas. The Naked Fugitive. Son-of-His-Daddy. Mary "Who'd She?" Magdalene. The False Ending. Maybe even a word or two about the very mysterious lost chapter. There are probably about ten essays to come, of different lengths, and the whole thing should morph into a book almost immediately. I know some people find this kind of thing more interesting than others, so bare with me.

Once I've finished with the Bible (as it were!) I've got a ton of other material ready to roll out or in progress. So I am going to give my lovely, lovely Patreon followers early access to it. There should be one Patreons-only essay a week for the Foreseeable future: political comedy, Mr A, and Bob Dylan to start with.

To get access to this stuff you just need to sign up to Patreon for less than thirty altarian dollars a day. One English pound a month, actually. (You just have to pledge an amount of your choosing each time I publish an essay. Most people give $1 an essay.)
If you don’t want to join Patreon, then just sit tight; all this stuff will eventually show up on the blog. But if you like what I am doing then Patreon is kind of like standing on your doorstep and giving me a round of applause. Only with less moral pressure and political sub-text.

I started my Going Out In Bristol Blog at more or less exact moment that Going Out stopped being a thing that people could do. I am keeping it going for ad-hoc, off the top of my head kinds of reviews and comments: the sort of thing where I say “It was a nice movie, I liked it” rather than do a 4,000 word commentary of the opening credits. (Patreons are not charged for this, but people who make use of the tip jar create Happy Bloggers.)