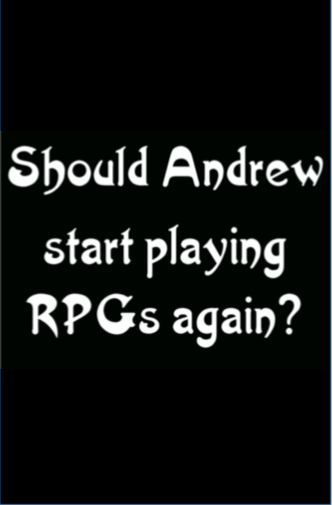 The great challenge of roleplaying is finding a group of people who fit your emotional wavelength. I have attended many games at conventions, I fondly remember those groups that worked well and have learnt to avoid players or systems that do not fit with the experience that I want.

Playing in a band or theatre requires practice or a willingness to harmonise. Can you find the right group who wants to tell the stories you want? Can you express that desire and communicate it effectively?

In the time of covid I have run online games for an existing group. I find it harder to retain the level of pacing I had when we were sat around a table. There are non-verbal cues in the body language and spaces in the middle of a conversation that make for breaks or changes to a story. These can be missed online and when players become distracted by their local environment or are not choosing not to comment to a game then the effort level of a ref, for me, increases.

I wish you good fortune in finding people who wish to join in with telling the stories that come to your heart and spur you on. Once more unto Adventure, dear friends.

Yes - what's the worst that can happen? You have a couple of dull games and waste a few hours.

Online games have their pros and cons. As a player it's easy to be distracted by the rest of the Internet if the game is slow - and I wouldn't want to play with more than four players.

But on the other hand but they're much easier to organise and much less time consuming as there's no travel.

I have been playing Call of Cthulhu online over the past couple of months and while we can debate all the pros and cons - can't see people: bad; don't have to coordinate everyone to travel to one location: good - the voice-only aspect of the sessions has produced a few absolutely top notch "mind's eye theatre" moments that I think would have been lessened had we all been sat around a mundane table looking at our mundane faces. The effect is fleeting and difficult to capture or reproduce, but utterly absorbing when it happens.

I think the idea of a 'convention' game might be the way to go, at least to start. You can see how the group works, but without having to invest too much work and emotion into getting a campaign running.

At any other time I would unhesitatingly say "Yes! Welcome back to the hobby, we've missed you!"

At the moment, there's a slight asterisk over that: if you come back now, it will almost certainly be to an online game, which can be fun (I'm currently playing in, and enjoying, two) but don't offer quite everything that a face-to-face game does, and it would be a shame if you came back, tried one out, didn't enjoy it, and decided that gaming was not for you any more, when actually you would still enjoy face-to-face games.

So I think my advice would be to try RPGs again now if you'd be willing to give them a second (third?) chance if you find you don't like it, but to wait until you can join a tabletop game if not.

Andrew, what happened with this in the end?

I kind of went into lock down and haven't gone any further. But I am hoping to a: write some more b: interview some of my old gamer groups and c: try and play some games in the next, say, twelve months.

Makes sense. I would be interested to join you when you do, if you think that might work. If interested, drop me a line at the appropriate point. (If not, no offence taken.)