Album Review: Of The Time 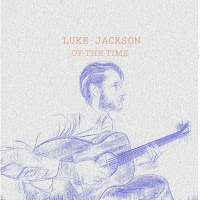 https://lukepauljackson.bandcamp.com
Email ThisBlogThis!Share to TwitterShare to FacebookShare to Pinterest
Labels: 2021

I went to see Show of Hands (back when such a thing was possible) purely from your blog, and even followed it up by seeing Steve Knightley solo show. So they had some effect on the cheap seats, at least.

(Do have a listen to Luke -- all his albums are on band camp.)