A long time ago in a galaxy, far, far away...
The Journal of the Whills (presumably) 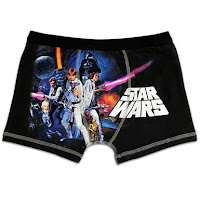 Story is a slippery word. It could mean what happened ("we've pieced together the story") or one person's version of what happened ("that's my story and I'm sticking to it"). Or it could simply mean a lie ("don't tell stories"). Philip Pullman emblazons the words this is a story in large letters on the back of his feeble retelling of the life of Christ. You can take it how you will. "This doesn't purport to tell the historical truth, it's just something I made up to make a point"? "Religious truths always take the forms of stories because stories are magical things"? "Jesus wasn't real, ha-ha Christians are silly"?

A lot of tosh has been talked about stories, mostly by Neil Gaiman.

"It was cold. I was in that yellow dressing gown. It was the old house. The one next door to the old lady with the parrot. The door was green. It was called Charlie. It couldn't speak. The Christmas decorations were still up. It was the first time I'd seen new kittens. You were cooking fish, weren't you?"

Oscar Wilde was wrong: when people talk about themselves, they are hardly ever interesting.

Sometimes, one particular bit of life seems to have a shape. Perhaps the stuff really did happen in that shape: perhaps you really do always go into town on a Wednesday, but one particular Wednesday you decided, for no real reason, to stay at home, and then, oh goodness me, there was a terrible terrorist attack so if you had gone you would have been killed! Or perhaps we force them into shape by telling them over and over again in the same words. Perhaps we add the little bit about how something in your gut was telling your not to go into town although you really needed to get a spare part to fix the washing machine. Not lying, of course, but leaving out the bits which aren't important and exaggerating the bits which are.

A story is a story because it is shaped like a story. The shape of a story is a pleasing thing and something which is shaped like a story is easy to remember. You could doubtless write 10,000 words about the princess's domestic life while she was hiding out in the cottage; and another 10,000 words about the pranks and day to day quarrels that her seven boyfriends engaged in while they were working in an all-male industrial environment. You might get a good novel out of it. You might get a good novel out of anything. But it wouldn't be the story of Snow White and her Seven Dwarfs. It wouldn't have the right shape.

J.R.R. Tolkien, who knew a thing or two about stories, once contemplated a sequel to Lord of the Rings. Anyone who has read Lord of the Rings understands that that, in Tolkien's world, evil can never be completely defeated. It always returns in a new form, becoming more petty but more insidious in each incarnation. The Dark Tower is knocked down at the end of the War of the Ring, but no one is in any doubt that it is going to get up again; as it did after the fall of Numenor and after the Last Alliance. The story that Tolkien envisages—teenagers in Minas Tirith playing at being orcs, the rise of a half-serious Sauronic cult—is just the kind of thing we would expect to happen next.

But Tolkien felt that this story was not one worth telling. It would "only be a thriller". Oh, he could tell you, in some detail, what stuff happened in the decades after Lord of the Rings. He tried to cover some of the stuff in a monumentally ill-judged epilogue, which his publisher sensibly forced him to delete. But this stuff is no more part of the story of Lord of the Rings than the post-war Labour government is part of the story of Dad's Army.

Not that it wouldn't have been fascinating to see Tolkien writing a thriller set in the world of Lord of the Rings. Lord of the Rings is a novel set in the world of the Silmarillion, after all. (The Hobbit is a fairy tale set in the world of the Silmarillion, one of many points that Peter Jackson entirely missed.) And now I've typed it, I realize that some clever writer could put together a very funny play showing us a very elderly Captain Manwaring in the 1960s. There was a sequel to Steptoe and Son showing and elderly Harold in the present day, wasn't there? Anything can work if you want it to, even a grown up Harry Potter.

"A long time ago in a galaxy far, far away..." was not, in 1977, a piece of branding. It was an artistic statement of intent. Star Wars is a story.

The Empire Strikes Back is just one thing after another.

Now this is not the end. It is not even the beginning of the end. But it is, perhaps, the end of the beginning.      Winston Churchill 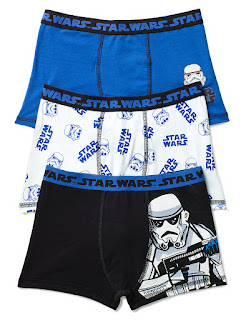 What happens after Return of the Jedi?

It's an easy question and we don't need a film to tell us the answer.

With the Sith destroyed, the Empire would rapidly heal itself from within. It would quickly be displaced by a New Republic, with Princess Leia as President. (Mon Motha? Okay, you can have Mon Motha if you like.) Han and Leia would marry, and keep the Skywalker bloodline going. Luke, in obedience to Jedi tradition, would remain celibate, but would pass on to the children what Yoda had taught him about the ways of the Force. They in turn would go and look for more younglings. Old Luke would live to see a New Republic with a new Jedi order and peace and justice would be secure for another thousand generations.

But there's no story there.

You want a story? Okay, I'll give you are story. One of the young Jedi is seduced by the Dark Side of the Force, and the whole cycle begins again. Master against apprentice. Father against son. Brother against brother, or sister, or just conceivably cousin. In fact, let's give Han and Leia two kids. Twins if you like. One hairy and one smooth. Er...one good and one evil...

This was the plot of the Legacy of the Force novels, all nine of them. But it does rather undo the conclusion of Return of the Jedi and render the trilogy null and void. Stories in which our heroes face some new threat from outside the galaxy—telepathic robot space crabs, maybe—seem tawdry and pointless. Ones in which it turns out that there was a spare clone of the Emperor in cold storage under the Jedi Temple; or in which someone magics Darth Vader back from the dead are best described as travesties.

Is Star Wars Episode VII be a reboot? Everything's a reboot nowadays: poor Peter Parker has hardly had time to swear to spend his life catching thieves just like flies before a younger geek's uncle is getting shot all over again. A 1978 cut-price Star Wars knock-off called Battlestar Galactica was rebooted in 2005 as a political and religious war story. It was so serious and realistic that critics said it couldn't possibly be science fiction. So why not reboot Star Wars? Maybe recast Luke Skywalker as a jihadi and show that Vader is doing the right thing according to his own lights? Abrams got away with claiming that his Captain Kirk was a different fella to the T.V Captain Kirk, or at any rate the same fella in an alternate universe. No-one had any problem with that, apart from people who like Star Trek, who are not the target audience of a Star Trek movie, obviously. Why not give us a brand new Luke Skywalker?

Mark Hamill once claimed that George Lucas wanted "a long time ago in a galaxy far far away" to be the words printed in a book, a book of fairy tales that a mother wookie would be seen reading to a baby wookie. A sort of furry Princess Bride. Suppose Star Wars VII had put the book back on the shelf and told us the historical version?

Is Episode VII a continuation of the Star Wars saga: an extrapolation of Star Wars history, gungans and midi-chlorians and Ewoks and all? That is very much what the current batch of Star Wars comics are doing: treating the existing six moves as story-making matrix. Granted that Alec Guinness used to be Ewan McGregor; and granted that Anakin Skywalker was the Chosen One; and granted that Ben was on Tatooine primarily to watch over his son while he's growing; and granted that Jabba the Hutt lives on Tatooine... well, what kind of stuff must have happened? People who like this sort of thing have found that this is the sort of thing that they like.

What if Episode VII, while nodding its head to the Trilogy and wiggling its eyebrow at the Prequels tried to recreate Star Wars for a new generation? Not Star Wars Episode IV A New Hope but Star Wars, the stand-alone rite-of-passage tale about how whiny kid-Luke finally switched off his targeting computer and became a man.

What if Star Wars VII were a sequel to that film.

What if The Force Awakens turned out to be a story.

Is that even possible?


If you want me to carry on writing, either buy my book...

or support me on Patreon