Did you like the Force Awakens, or didn't you? 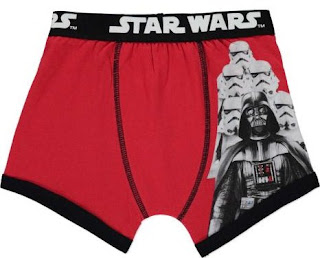 Very early on the morning of December 16th, I said “The Force Awakens was as good as it could possibly have been”.

Having now seen the film, er, five times, I think I would say “It was far better than it needed to be.”

I remember the days when TV and movie adaptations of comic books had nothing to do with the source material, and you didn't really expect them to. The Hulk was a fugitive named Dave; Doctor Strange was a medical student; Spider-Man wore his webshooters outside his sleeves. Even the Tim Burton Batman, which was fan-approved and kicked the whole thing off, had us struggling to find the things which resembled the comic book. (Even Reeves Superman. Krypton made of sugar. Elderly Jor-El. Hairy Lex Luther. No Superboy.) But at some point, somewhere around the X-Men, I suppose, someone realized that hey, these comic books are actually quite good; and hey, the kinds of people who read comic books go to movies; so hey, let’s make a Captain America movie that actually, like, follows the plot of Captain America! Let’s make a Guardians of the Galaxy movie and reference the Celestials and Howard the Frickin’ Duck! Let's make geek movies for geeks!

As has been noted, Mr Walt “Uncle” Disney spent 2.75 billion pounds buying the rights to Star Wars. And while a movie like Force Awakens makes a tidy little sum in a tickets and popcorn sales, the real, ongoing money is in computer games and action figures and breakfast cereal and lunchboxes and lightsaber shaped water bottles and duvet covers and t-shirts and lots and lots of underwear. People were going to go and see the Force Awakens whether it was critically acclaimed or not. The main thing to do was not damage the brand. (Marvel and Star Wars and Star Trek and Doctor Who are called "franchises" nowadays, a word which originally had to do with secret recipes for fried chicken.) The easy thing to do would have been to just show us all the toys and not knock over too much of the furniture. Disney would have made it's money back out of any film in which a wookie and a walker said may the Force be with you to a lightsaber. But Disney placed Star Wars in the hands of a man who actually liked Star Wars (however much he may have disliked Star Trek); and he shows every sign of having put together the kind of film he would have liked to have seen. He didn't go for all the obvious fan-pleasing effects; he held some of the cool stuff back til literally the last moment; he killed off good guys; he left us wondering what was going to happen next and wanting more. This was a far, far better film than it needed to be.

The Force Awakens was a film I felt comfortable with. It was not, in truth, a film that thrilled me or filled me with joy. But as you get older, that happens less and less, which is why we start listening to folksingers. The main thing which was missing, I am afraid to say, was George Lucas. Lucas brought a mad inventiveness to the table; a sense of excess. Yes, someone sometimes needed to take him aside and say “George, George, are you absolutely sure about the Jamaican fish people?” Star Wars had iconic X-Wings and TIE Fighters and The Empire Strikes Back had almost equally iconic Walkers and the Return of the Jedi had, er, loads of cool stuff as well and the prequels, bless them, and gold pointy naboo fighters and funny round Jedi fighters and robots that curled up into wheels like roley poley bugs... The Force Awakens offered us, I think I am correct in saying, not one single cool new piece of hardware: X-Wings and TIE Fighters with slightly different liveries; a lightsaber with a cross bar; an even bigger and more deathier Death Star.

But on the plus side, there was no sense of anyone going through the motions, quoting famous lines, referencing famous scenes for the fans to tick off on their scorecards. Carrie Fisher made very little attempt to re-do her turn as Princess Leia from the first movie. We entirely believed in Han and the General as a middle-aged couple for whom things hadn’t quite worked out. I have known ever since the Ewoks started their song that when I next saw Luke Skywalker he would be a wise old man with a wise old beard and wise old robes, so there could be no better image for the film to end on. 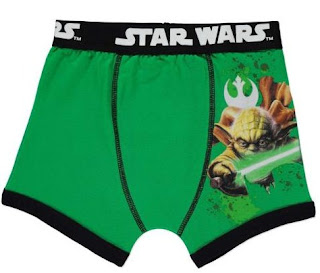 Star Wars is an ongoing, generational space-fantasy saga, created by George Lucas and others.

It is set during and after the fall of a great Galactic Republic; like the Arthurian saga, it’s about holding on to what you can of civilization as night falls. The cyclical conflict between Light and Darkness is represented by a single family. The first trilogy deals with the messianic Anakin Skywalker; the second with his son Luke Skywalker and the third with his grandchildren Ben and Rey Solo.

In it’s original form, the fourth chapter was intended to be a stand alone work, and therefore does not fit entirely satisfactorily into the saga; although George Lucas engaged in an on-going editorial process to rework the films into a single “fix-up” saga. It was painfully possible to see the narrative crack between Episode III: Revenge of the Sith and Episode IV: A New Hope; but when the saga resumed in 2015, fans were relieved that there was no such disjuncture between Episode VI: Return of the Jedi and Episode VII: The Force Awakens.

At a micro level, the details of the generational trilogy may not have been what creator George Lucas originally envisaged; but we can be pretty certain that at a macrocosmic level, the saga was running roughly according to his intentions. Episode VII takes us into the third generation of characters; just as the heroes of episodes IV - VI were the children of the heroes of episodes I - III, so the Force Awakens introduces us to those characters grandchildren. A new political force, with a new technological terror, threatens the New Republic. The mystical guardians of peace and justice are once again riven by a schism between Darkness and Light. Unlikely heroes and heroines must take up their parents and grandparents swords to fight the coming darkness with their backs to the walls. This is the story that Lucas would have told; it is the story that Abrams is telling; and it is the story which will doubtless continue into the third decade of the new millennium when and elderly Rey Solo will doubtless witness her own children being tempted by the Dark Side of the Force. 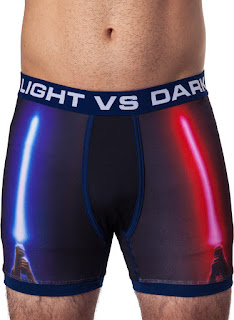 If you want me to carry on writing, either buy my book...

or support me on Patreon

Email ThisBlogThis!Share to TwitterShare to FacebookShare to Pinterest
Labels: Star Wars, THE YEAR OF WAITING FOR STAR WARS