10 facts about the Star Wars trilogy

1: The Force Awakens is the seventh film in the Star Wars series!

2: The other film in the series are The Phantom Menace, Attack of the Clones, Revenge of the Sith, A New Hope, the Empire Strikes Back and the Return of the Jedi.

3: Although it is Episode 1 of the saga, the Phantom Menace actually came out 22 years after Star Wars!

4: Star Wars was created by George Lucas, The Force Awakens was written and directed by J.J Abrams!

5: Despite it's futuristic hardware, the Star Wars series happens a long time ago, in a galaxy far, far away!

6: Luke Skywalker, played by Mark Hamill, was the hero of the first three movies!

8:  In Star Wars, Han Solo shoots a bounty hunter down in cold blood! Later releases of the film re-edit the scene so the bounty hunter goes for his gun first!

9: Christopher Lee, who plays Count Dooku in Attack of the Clones, once played Count Dracula in a low budget British horror movie! 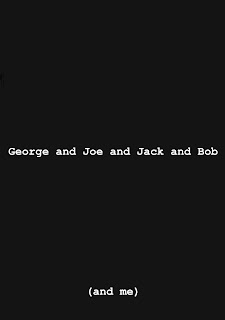 And Amazon.com
Email ThisBlogThis!Share to TwitterShare to FacebookShare to Pinterest
Labels: Star Wars, THE YEAR OF WAITING FOR STAR WARS

Unknown said...
This comment has been removed by the author.
Wednesday, 10 February, 2016

Unknown said...
This comment has been removed by a blog administrator.
Wednesday, 10 February, 2016