A person on the internet says that it is typical of Stephen Moffat’s gender-politics that, quote, “the boy master has to come back to show the girl master how to master properly.”

Corollary #1: If the next Doctor is a feminine Doctor, we all not be able to do any more multi-Doctor stories, because it will imply that the Thirteenth Doctrix needs a man to help her out.

Corollary #2: If the next Doctor is a feminine Doctor, all subsequent Doctrices will have to be feminine, because a female-to-male regeneration will be a tacit admission that boys are better than girls.

Corollary #3: If the next Doctor is a feminine Doctor, all discussion about Doctor Who will have to be suspended: anyone who thinks that the Doctrix is a bit Peter Davison and not at all Matt Smith will be assumed to be saying that boys are better than girls and episodes will only be criticize-able in terms of what they reveal about the incoming producers gender politics.

The Doctor can change his physical form: this is a natural part of his life cycle. Each form is very different, but all the forms have irreducible characteristics in common. This wasn’t always the case; but it has been an established part of Doctor Who, and of the person-in-the-street’s perception of Doctor Who since at least 1981. In the new version of the show, the present form perceives regenerating as actual death, but all his memories and experiences are preserved in the new form.

It doesn’t follow that the Doctor can turn into absolutely everything. There are lots of things he couldn’t be. He couldn’t be cruel or cowardly. He couldn’t be stupid. He couldn’t be a man of action who punches first and asks questions later. He couldn’t really be young. Matt Smith was young, but Matt Smith’s Doctor was very, very old. He can be Northern or Scottish and I assume Welsh, but he can’t cease to be British. This is not a matter of canon. There is no logical reason why a Time Lord should adopt a particular planet and then only be able to regenerate into a form which comes from a particular part of that planet. We’re talking about how the TV series works.

I think that the Doctor is irreducibly a boffin. I think that being a boffin is slightly different from being a geek or a nerd or a techie. It carries an implication of being old; being unfashionable; and being the guy who can cobble together a computer which very nearly works, as opposed to the guy who makes the great scientific breakthrough. (The TARDIS is very much a boffin’s spaceship. It is fantastically advanced, but it seems a bit jerry-rigged and isn’t quite reliable.)

Doctor Who can definitely evolve: Tom Baker said in 1977 that the Doctor simply can’t become interested in romance because he simply doesn’t have those kinds of emotions. The first time he flirted, with that heart surgeon in the American one, and with that French lady in the second season, we all freaked out. But then we stopped freaking out and it became the new normal. We also freaked out about the Doctor being half Time-Lord on his father’s side, but we ignored that and it went away.

If the Doctor ceased to be a boffin, would that break the show? Or would it interesting shake things up and become the new normal? Would it really cosmically speaking matter is the guy in the TARDIS was cool and stylish and brave but needed someone else to explain the science to him — provided the brave unscientific time traveler fetched up on interesting locations and had exciting adventures there?

It took me a while to come around to to Missy because I thought her characterization was way over the top. I think that what works about her is her ironical, tricksterish, playful evil — owing something to John Simm, but very little to Roger Delgado. This may surprise you, but I thought that the opening scene where she plays with the term “Doctor Who” worked really well. Not (yawn!) because it means there is some canonical grounds for saying that the main character really is called Doctor Who and that Frankenstein really was the name of the monster, but because it showed Missy transgressing the boundaries of the script, understanding the rules of the show and deliberately breaking them, talking about “assistants” and “companions” and understanding that Bill and Nardole are “exposition and comic relief”. She knows she’s in a TV show. And that’s a very interesting way of playing the Doctor’s ultimate foe.

The point of Missy is not “what would the Master be like if she was a woman”. The point of Missy is that she’s a very interesting piece of utterly over-the-top characterization. I don’t know if her particular style of camp had to be played by a female, but it is now very hard to imagine it being played by anyone apart from Michelle Gomez.

It is not true to say that the Time Lords no longer care about gender and gender stereotypes. Tom Baker would have looked very odd indeed in one of Romana’s frocks. 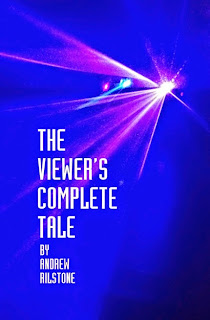 On the other hand, I have spent time arguing with people on line who believe the Doctor shouldn't be a woman because the woman who organised a march in washington believes in sharia law.