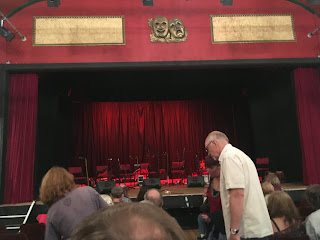 Some people are organised. Even in a tent. They bought their eco friendly reusable cup on the first day, and have carried it with them for the rest of the week. I am not one of those people. Each day I go to the bar and ask for a pint of beer, and each day have to pay an extra pound for a eco friendly reusable cup. I assume this is helping the planet in some way.

Today I ventured up the Big Hill for the first time. The campsite is a way out of town at a place called Bulverton, and at the top of a big hill is the Bulverton marquee, aka The Young Peoples Tent. The Ham in Town does sit down concerts with your Julie Fowlis’s and your Martin Simpsons, The Bulverton up the hill lets you stand and bop to your Seth Lakemens and Peatbog Fairies.

Worth the climb. At 7pm Sam Sweeney was doing an informal meet the artist Q and A, mainly aimed at the young people who had been doing workshops all day. I hadn’t realized how much of Sam’s fiddle style he owes to Chris Wood (indeed I am inclined to forget that Chris plays the fiddle as well as sings miserable songs.) A young woman asked him about building a repertoire. He told her to play through the book of 1000 English folk tunes (it exists) in the bathroom, and when she finds one she likes, play it over and over. And if you find you are playing it differently to the book, he said, that’s “wicked”. It means the song is still alive.

Broom Bezums started off in the big dancing hall around 8pm. I’d forgotten how good they were. I’d forgotten that “Keep Hauling On” is originally their song, and Fishermen’s Friends were covering the Show of Hands cover. I never thought to see a grown up audience having such fun with Man Gave Names To All The Animals. Proof if proof were needed that Bob never wrote a duff song.

They were followed onto the stage by Sam Kelly and the Lost Boys who become more superlative every time I hear them. I could probably face life without the pop covers (yes, Sultans of Swing, very droll) but there is an absolute core of proper folk here. The swirling experimental weave around the House Carpenter may not be quite Trad but it is responding to the actual plot of the actual ballad. (Girl marries carpenter; girl runs away to sea with previous lover; previous lover turns out to have cloven hooves and a tail, everyone goes to hell.) But folk doesn’t get much more folky than a whole hall full of people singing Jackie boy / Master / Sing You Well / Very Well / All amongst the trees so green oh together. (Steve Knightley incorporates the same traditional song into his first world war ballad about a game keeper. It’s the folk process, innit?)

The tribute to Roy Bailey was a bit overwhelming. Received wisdom says that if the queue outside the theater has gone passed the lamppost, the people at the back won’t get a seat. The queue had reached that point an hour and a half before the doors opened. (And then, naturally, it started to rain.) Roy was not a song writer but an interpreter of songs, so a tribute show is necessarily a compilation of everyone’s favourite socially themed songs. Martin Simpson (his son in law) sang What You Do With What You’ve Got. Nancy Kerr sang Everything Possible. Robb Johnson sang We Are Rosa’s Daughter’s. John Kirkpatrick sang, er, Arthur Askey’s Busy Bee. If you have never heard the best accordion player making his box go buzz where you like but don’t sting
me, you have missed out. Sandra Kerr said it wasn’t fair to make her follow that, and Martin suggested that she sang Why Did It Have To Be Me. Martin Carthy provided guitar, but rather alarmingly, didn’t sing. Martin Simpson told the story of Roy briefly becoming lucid in the hospice and singing the final verse of “there’s always enough for a war, but there never enough for the poor”. And then everyone sang Rolling Home. Nancy and James had to sing from a sheet because, well, none knows the verses: Roy always sang them.

Dry eyes were in rather short supply 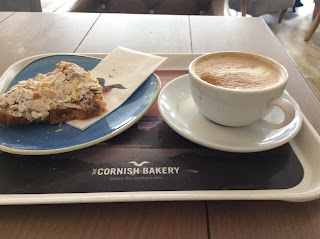